It was the late 2000’s. A teenage kid liked to get on his crappy Dial-Up internet. Said kid took part of a few forums here and there, also had an interest in blog-like websites. Mostly going around through a certain Mega Man (Battle Network) fan site and a Pokémon glitch forum, along with starting to get his feet wet with furry content. It was me, Sparky.

But wait, not really. I didn’t really had a set pseudonym back then. The name “Wolf” was eventually associated with me, but it was still really just a minor handle for me to be identified by others. At one point I did set out to try to make a little blog of my own, much like most blogs at the time. They were humble and simple, unlike the more complex and… “commercialized”? Probably not the correct word, but it’s certainly not like it used to be. The name of the blog I wound out making was “Now Making”. I never made anything, but rather it was a reference to something that was a work in progress, because I never had a sense of direction. There were a couple of tech-related posts here and there, a few gaming ones with a slight focus on my time in Perfect World, and general rambling from my younger mind. It was cringe, yes, but it was still the pure kind of cringe before succumbing to the horny.

The Internet as a whole has changed a lot during all this time. What was once detailed posts every now and then, it’s now a lot of mini posts full of nonsense within social media sites… Something I actually quite enjoy! It’s nice to just have your own little spot where you can just throw random thoughts out there, specially nowadays since saying that I’m a bit lonely is a bit of an understatement,  both figuratively and literally.

So where does this tiny waste of space on the internet falls in? I consider it to be a mix of both individual sites and blogs from back when. I liked when I used to browse artists’ individual sites for art and also read through a few blogs here and there. The “big” focus here is on my art pages, while also containing a few blog posts here and there. Probably things that don’t really fit within a tweet can sit here in this little corner, unseen by many.

In honor of both the original blog’s name and my inability to come up with names, I decided to simply call it Now Making β: a play on both second and perpetually being an unfinished idea.

If you’ve somehow stumbled upon this and also read this out of curiosity, you have my thanks.

One thought on “A Blog, But More Than A Decade Later” 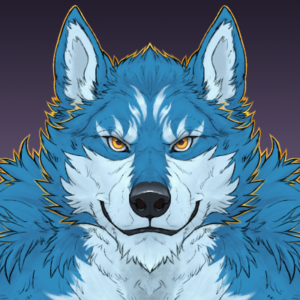 I am offline in Second Life.